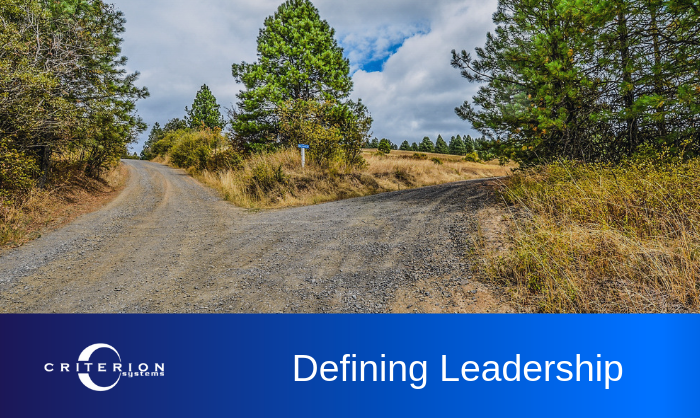 Posted at 09:30h in Blog, Community by Elizabeth Albrycht
Share

By Elizabeth Albrycht, Director of Marketing and Communications

On the eve of The Women’s Center Annual Leadership Conference in March, the entire Metro DC region locked down due to the coronavirus pandemic. Normally, roughly 700 people gather at the Conference on a spring Saturday to listen to and share stories of leadership, struggle, and success, while raising money for the Center. This year was going to be the 34th such event in the Women’s Center history when the board made the decision to postpone it.

Criterion has been a patron sponsor of the event for years, and we immediately confirmed our continued support for whatever decision they made about the event over the coming months. When the word came that the event would be held virtually in June, we enthusiastically spread the news via our networks, then invited an expanded group of Criterion employees and friends to participate in the pre-conference sessions and the main event on June 8. We were impressed at how the event stayed true to its storytelling, participative spirit – even in such a different environment.

Maureen Wiley is the Corporate Relationship Manager for The Women’s Center. We thought she would have some great lessons to share with us about leadership and overcoming challenges after this experience, so we reached out to learn more about what happened behind the scenes.

Maureen has been with The Women’s Center for six years. She worked for them from 2012-2014 then rejoined the organization in 2017. She formed a tight-knit team with Shirley Clark, the outgoing CEO, for whom this conference was the last one, and Ann McNerney, the then director of development (who has recently left the organization). There were many others who were part of the planning team for the conference as well, including the incoming CEO Rachna Krishnan. Maureen said, “One of best things was the team environment that we had. Trust was always there, and everyone knew what to do to get job done. That was a synergy/secret sauce that kept everyone going. And, of course, what we do impacts lives for the better.”

When the announcement was made that the conference would be postponed, there was a lull, Maureen shared. “We mulled around for a couple of weeks. Then, we decided to go virtual with the conference. I have to give a lot of credit to Ann and her positive attitude. She led a team feeling of ‘we can do this’. We never thought that it couldn’t be done. Yes, we had mountains to climb, but we had the right people to help each other.”

One of the big decisions the group had to make was how to organize the event. They felt that a full day on a video conference just wouldn’t work. Also, they wanted to encourage participation, which would be difficult in a one-person-presenting type of environment. Furthermore, the conference normally offered a variety of concurrent breakout sessions. How could they do this in a virtual environment? After much discussion, they decided to run a selection of the breakouts as pre-conference sessions, once a week leading up to the main event, which they kept to a single afternoon. While they had several keynotes during that timeframe, there were also moderated panels among 3-4 speakers as well as plenty of opportunity to ask questions via chat.

This variety required a lot of planning, flexibility, training, and rehearsal on the part of the organizers and the speakers. Maureen explained, “We are not a technical crowd. I want to thank Cisco, the conference’s lead sponsor (and our largest sponsor for 10 years), who took ownership of the technical piece of the breakouts and the live events through their WebEx platform. We really weren’t sure of ourselves, so we did a lot of practice sessions. Cisco’s people helped make sure the presenters’ equipment was working properly, that there were not too many distractions in background, etc. They helped us look professional.”

Maureen laughed as she remembered their “baptism by fire” in planning and implementing a virtual conference. Then, as June rolled around, the team started to fear that people were getting zoomed out. But when the numbers came in, they were thrilled. Maureen shared that between 400-500 people joined them throughout the event (pre-conference and main event). The team also sought feedback both in real time via chat and via surveys after each of the pre-conference sessions and the main event. And the results showed that they were doing something right.

“The feedback was fuel for the fire,” said Maureen. “We stayed flexible, kept our eyes on the big picture, and met our goal of reaching as many people as possible with really good conference. Our fantastic speakers felt that they made an impact, which is important, and we couldn’t have asked for a more supportive group of sponsors. We are grateful for everyone’s assistance.”

The next big challenge on the events front for The Women’s Center is their annual Gala, which will also be held virtually this fall. This is their largest annual fundraising event, and they are in the midst of planning it. We’ll be sharing details over the coming months; currently they are looking for sponsors. The focus of the event will be on providing services to victims of domestic violence and sexual assault, which, sadly, is on the rise.

For all of our stories about The Women’s Center, click here.