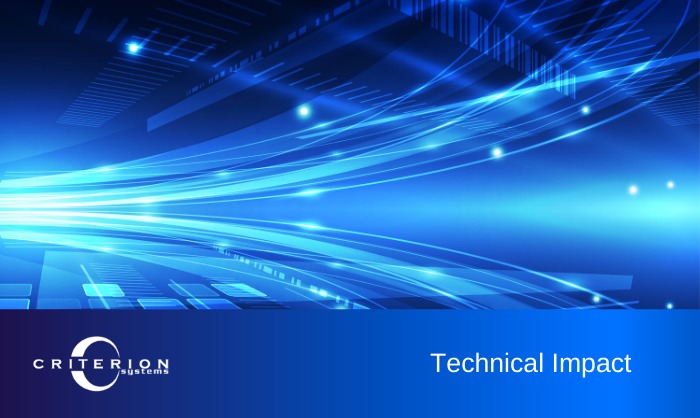 There are various methods being offered today to improve the operating efficiency of an organization’s technology environment, including automation, orchestration, virtualization, and containerization. As these are sometimes confused with each other, let’s take a closer look at each to better understand them and the benefits they offer to help accelerate IT modernization efforts.

To better understand IT automation, let’s use the analogy of a factory. Before a factory assembly line can begin output at scale, the fabrication processes must be understood at their most fundamental level. Then, iterative improvements are made to these processes to introduce greater efficiencies. From this point on, the processes are in an optimal state for automation. Applied to IT, this means, “Know your core IT services and try to identify ways to make them more efficient, before attempting to automate inefficient ones.”

Before embarking on an IT modernization program, document your IT organization’s core/critical processes and measure their efficacy. Performing such an inventory of your IT processes will both build confidence in knowing how your organization works and provide the means to evaluate which processes are best to consider for automation.

Whether it’s the automatic disablement of inactive accounts, provisioning of new accounts, or start/end of day environmental health checks, identifying ways to reduce the amount of time your privileged and/or standard users perform repeatable tasks could save you time and money in reducing the number of human errors and the time spent troubleshooting both upfront and in the long run. It also allows for greater human focus on the non-standard elements of IT operations and overall trouble-ticket prevention.

The purpose of orchestration is to continue the iterative improvements started at the process definition and automation phase and graduate them to the larger business processes which may then have direct effects across the various lines of business. Let’s use talent acquisition as an analogy. The job of a hiring manager is to go out and find qualified candidates to perform specific tasks as defined for a given vacancy. Once they have identified which candidate has the best skills for the job, they then assess whether the candidate a good fit for the team. This fit assessment is just as important as the skills assessment when seeking to build a cohesive team. It then takes sound management (orchestration) of the individual team members (processes) to ensure an overarching objective is achieved.

After first identifying ways to scale and better support the business functions/processes, orchestration then becomes a force multiplier across various business units and functions i.e., sales, administration, audit, and continuity. By establishing fully orchestrated workflows you will not only drive business efficiencies, but you will also visibly show the value of the organization’s capital IT investments.

Virtualization (in the context we are discussing here) is the logical abstraction of physical components/devices and its most fundamental component is the hypervisor. The purpose of the hypervisor is to decouple and manage the interface between physical and logical components. Virtualization has been the catalyst for the rapid adoption of cloud services, significant IT modernization efforts, and Green-IT power reduction efforts. Its primary application is managing Virtual Machines or a logical representation of full computer, hardware, Operating System (O/S), and storage alike.

Containerization can be seen as the younger sibling to virtualization. Similar to virtualization, containers have a VM-like hypervisor layer for which the open-source product most commonly referenced is the Docker Engine. Like a VM hypervisor, the Docker Engine is the intermediary between the actual host O/S and the containers. It performs all the necessary integration actions between system resources.

Containerization is the natural evolution of virtualized systems but more focused; instead of abstracting the computer and O/S environment it focuses on the user’s environmental resources (software, libraries, and configuration files) and binds them into the form of a logical container. An easier analogy would be to liken virtualization/containerization to that of a modern VOIP phone. The receiver base (virtualization) contains all the compute power necessary to enable the handset (containerization) to both send and receive audio. However, the handset is more portable than the base and could be used across different brands of VOIP receivers due to its simplified yet standardized design. Both are highly adaptable to logical environments with the proper configuration and have controlled inputs/outputs.

The benefit of containerization is that the host O/S space (be it physical or virtual) can support greater levels of application/service densities by more efficiently distributing limited system resources across all deployed containers. Reuse and scalability are also improved by a container’s inherent ability to be moved or duplicated across network environments with minimal effort, which reduces the amount of time and effort across development teams.

The Four ‘Tions: Key Elements of IT Modernization

As the IT environment modernizes, it is transitioning away from being exclusively human operated and managed. From the continued strong growth in cloud adoption and automated environmental provisioning to fully automated DevSecOps and the need to dramatically reduce the time involved with the A&A process, the technology industry is demanding greater efficiencies from its operators as well as the environments they manage. Automation, orchestration, virtualization, and containerization will further free up privileged administrators and developers, who are today limited both in time and productivity (mostly due to manual processes), to pursue more high-value work. Furthermore, if internal business units want to see the benefits of leveraging machine learning and AI capabilities within their product streams, they will need to modernize legacy IT environments to more effectively manage the backend resources necessary to enable adoption at scale across business units. The ‘-tions we have discussed here are key elements of such modernization.